This was one of those gigs when you realise why you missed live music so much - Joe & The Shitboys at The Hug and Pint in Glasgow, a basement venue with a capacity of just 100!!

The first of two support bands was Personal Toilet, an electronic guitar pop 4-piece, whose tracks included 'Positive Trauma'. They had an electric double bass which added a different dimension to their sound.
Next up was The Wife Guys of Reddit, another 4-piece, whose set included covers by Parquet Courts and Thee Oh Sees, which gives a sense of their music. They were having so much fun on stage – big smiles, banter with the crowd, fantastic musicianship and were dripping with sweat by the end – definitely ones to watch.
Main event of the evening was hardcore punk band Joe & The Shitboys from the Faroe Islands. The crowd was totally pumped at this stage. This was the first night of their much-delayed UK tour and these self-proclaimed vegan bisexuals are as confrontational as it gets - but with humour.
This was blooming awesome fun. 45 mins of manic, fast and furious energy. Their songs are short with over 20 of them in this set, and their first album “The Reson for Hardcore Vibes” fits onto a 7” vinyl.
They even did a cover of ‘Wonderwall’ which is the best you will hear – trust me, have a listen and try not to smile!
The interaction with the crowd in such a small venue made it feel totally inclusive, even if songs like 'If You Believe in Eating Meat Start with your Dog’ and 'Macho Man Randy Savage' have an underlying message. I loved the irony of 'Personal Space Invader' in a room this size! The whole room crouching down together, and lead singer "Joe" or Fríði joining the moshpit at the front meant that everyone just wanted to hug him by the end. The love in the room worked both ways. Lets remember: Iggy Pop played four songs of this band on his 6Music show as he was so impressed with them.
So yes there was lots of swearing, lots of flipping the bird and yes the moshpit was in full flow…..but the humour, explosion of energy, crazy guitars, wicked banter and ferocious delivery meant we all wanted to be Shitboys by the end of the night.

Joe & The Shitboys are now on tour in the UK – check it out here.

“The Reson for Hardcore Vibes” is available now via Bandcamp and new music will be on the way in November. 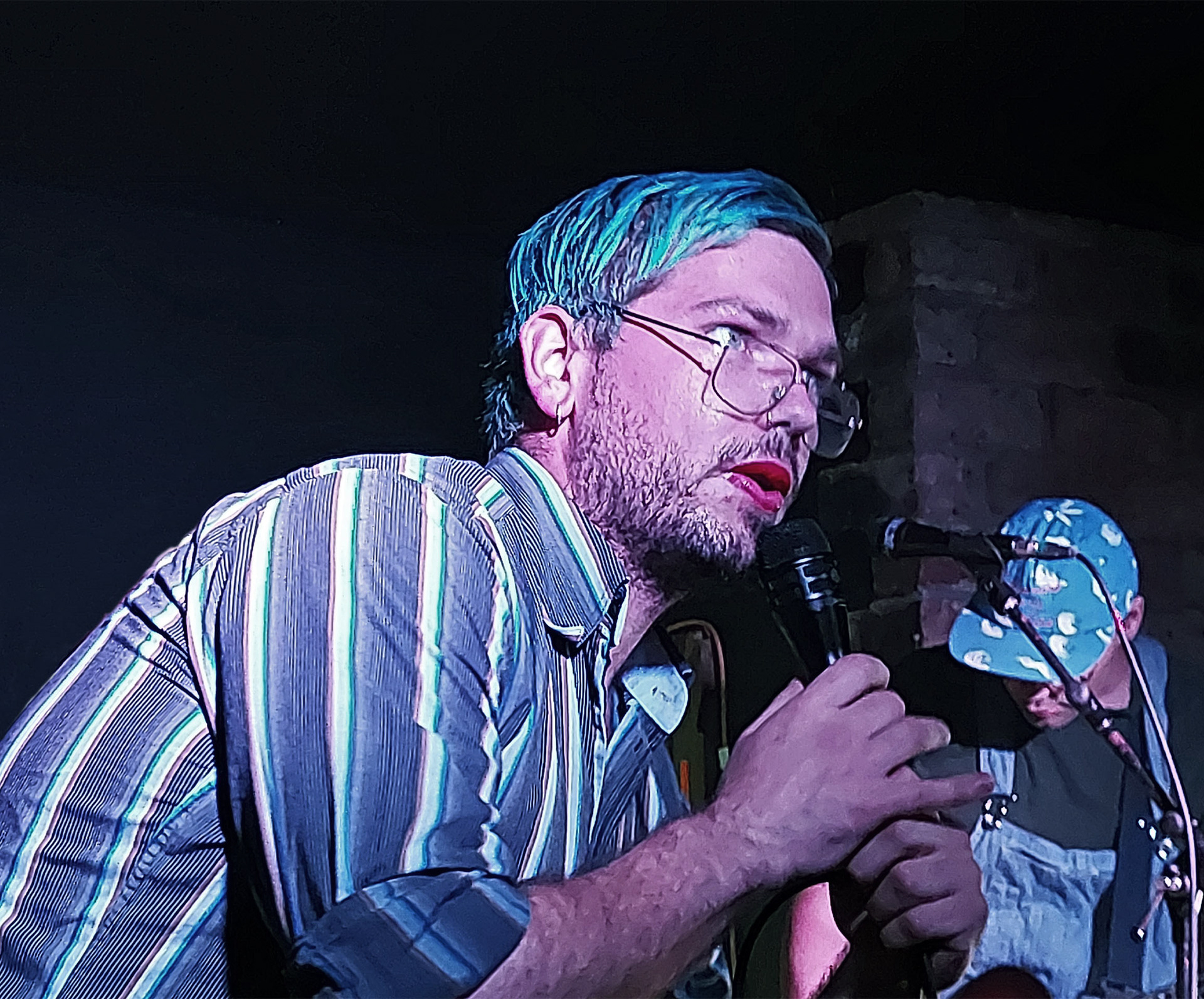 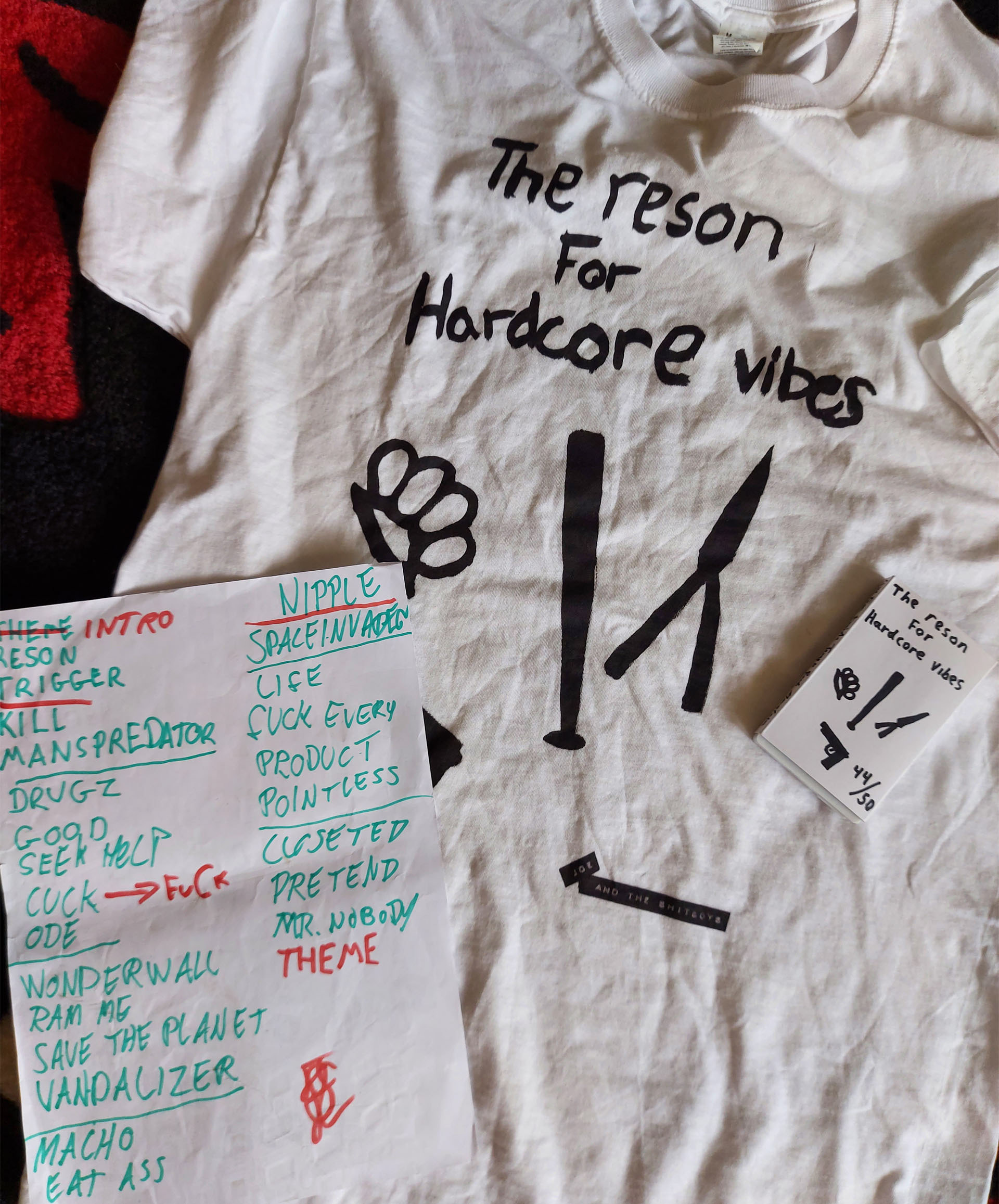