For anyone who was drawn to Hebden Bridge’s The Lounge Society after hearing their debut single 'Generation Game', the release of their debut EP "Silk For The Starving" has felt a long time coming.
Two further singles 'Burn the Heather' and 'Cain’s Heresy' confirmed that 'Generation Game' was no flash in the pan. Signed to Dan Carey’s Speedy Wunderground label there have also been remixes including perhaps most notably A Certain Ratio’s take on 'Cain’s Heresy'.
The 4-track EP "Silk For The Starving" finally dropped on 18th of June. It shows a certain amount of self-confidence to not include the extraordinary debut single 'Generation Game', however the two previously unreleased tracks 'Television' and 'Valley Bottom Floor' more than make up for it. They continue The Lounge Society’s ability to combine strong lyrics about the state of a nation with fast, furious and funky music. 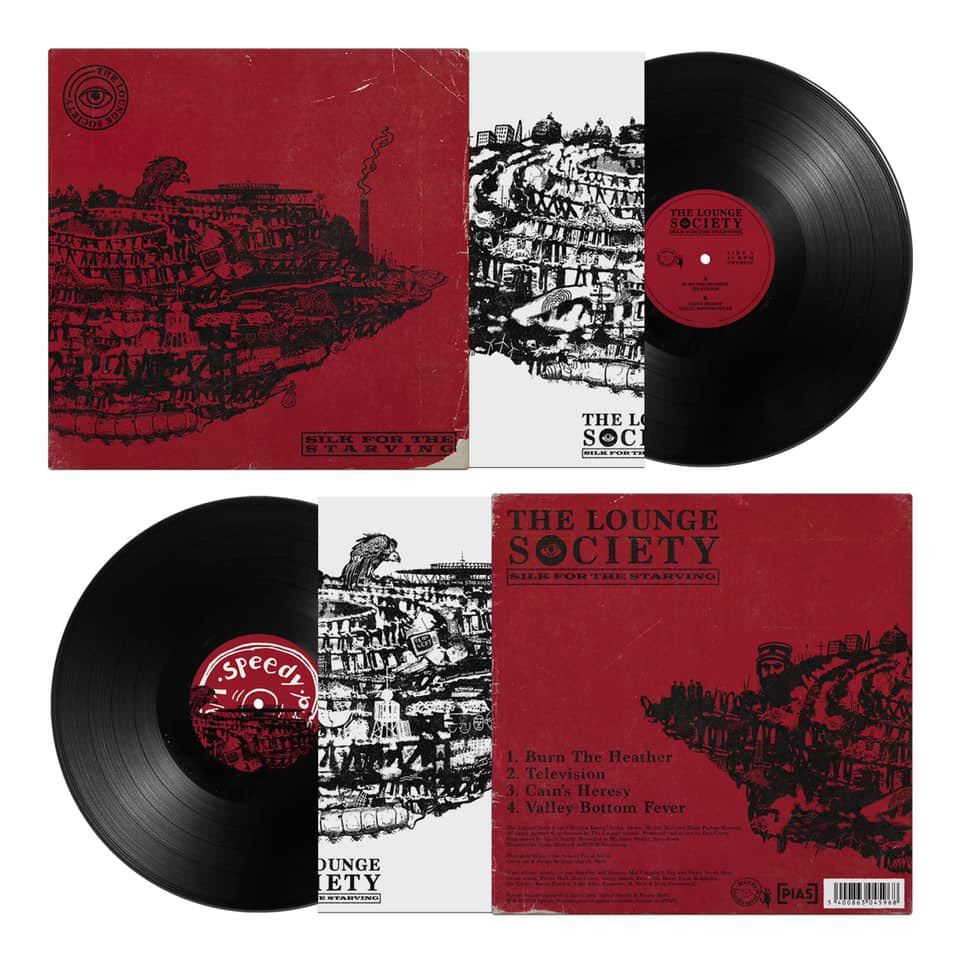 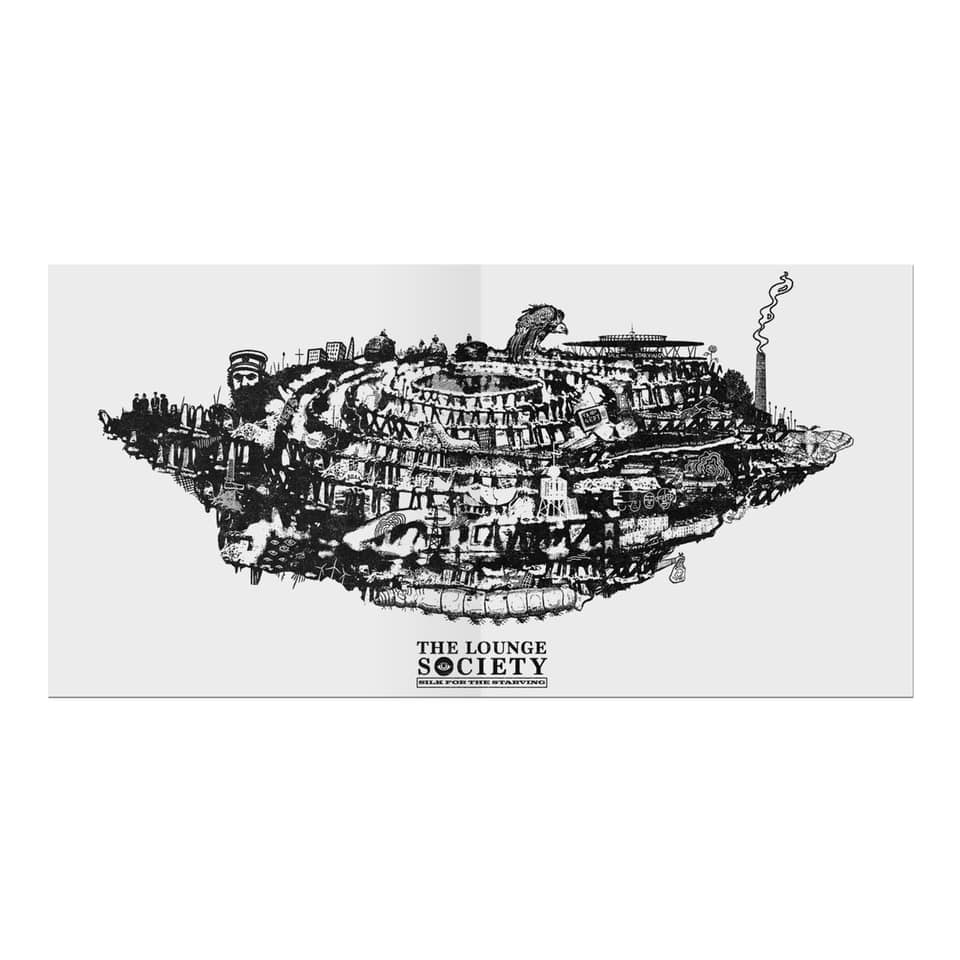 Attending their first gig in 2021, arranged by Get It Loud In Libraries at Widnes Library, I can say it was such a joy to finally hear their music live.
The support was Julia Bardo (with her full band of three guitarist and one drummer). After being starved of live music for such a long time, it felt like a privilege to hear live music in such an intimate venue. The 30 minute set comprised six songs including Julia’s latest single 'Do This To Me'. The Italian writes from the heart, sharing personal experiences and self-reflection in her song-writing. An accomplished guitarist in her own right, Julia was part of Working Men’s Club after she moved to Manchester, but is now setting out on her own path. This was a beautiful set and her authenticity and talent shone through.
And so onto The Lounge Society. The 4-piece are: Cameron Davey (vocals/bass), Herbie May (guitar/bass), Hani Paskin-Hussain (guitar/bass) and Archie Dewis (drums) and from opening track 'Cain’s Heresy' this was a raucous performance. The sound this band produces is simply electrifying. The 10-track set had the four songs from the EP sprinkled throughout and it was also thrilling to hear so many previously unreleased tracks. 'Numb' and 'No Driver' in particular were simply wild, with the latter having an almost Prodigy-like element to it.
Cameron is a beguiling lead singer – he sings passionately and emotionally with utter conviction in the lyrics. And where to begin with the lyrics? The social commentary is acute. Already "What will the US do, to save our souls, to save our dignity?" is embedded from ‘Generation Game’ but now ‘Television’ has such thought-provoking words. "And I promise he who sleeps on silk, will wake tomorrow in the gutter", a reference to Oscar Wilde, followed by "Tragedy makes for good TV" and "Genocide makes for best TV". We can all relate to this from our television screens. It’s a short track at just 2mins 22secs but its impact is instant and will remain long after the gig. The speed of Archie’s drumming during 'Television' and 'Valley Bottom Floor' seemed impossible but as it was all live it had to be true.
This is a tight knit talented unit who works in perfect sync. Hani and Herbie switch guitars mid-set and lead singer Cameron moves between vocals/guitar/keyboards. This performance demonstrated the power of live music. It was exhilarating.
Final song was of course 'Generation Game' and this is going to be a live classic. There are certain songs that when heard live produce goosebumps. 'Generation Game' has that spine tingling quality as its twists and turns take you along on one heck of a ride.
How much fun can you have in a library on a Sunday afternoon? A lot as it turns out!
Chair dancing to the max, and the irony that we were offered earplugs for a gig in a library!
One final point is that the vinyl cover looks damaged but of course it’s all part of the design. It makes you look closer, questioning what you are seeing, and so it is with The Lounge Society. There are important messages being relayed within these songs. As well as revelling in the impassioned music, the lyrics demand that we pay attention to the world around us, surely there is no more relevant message for our times. 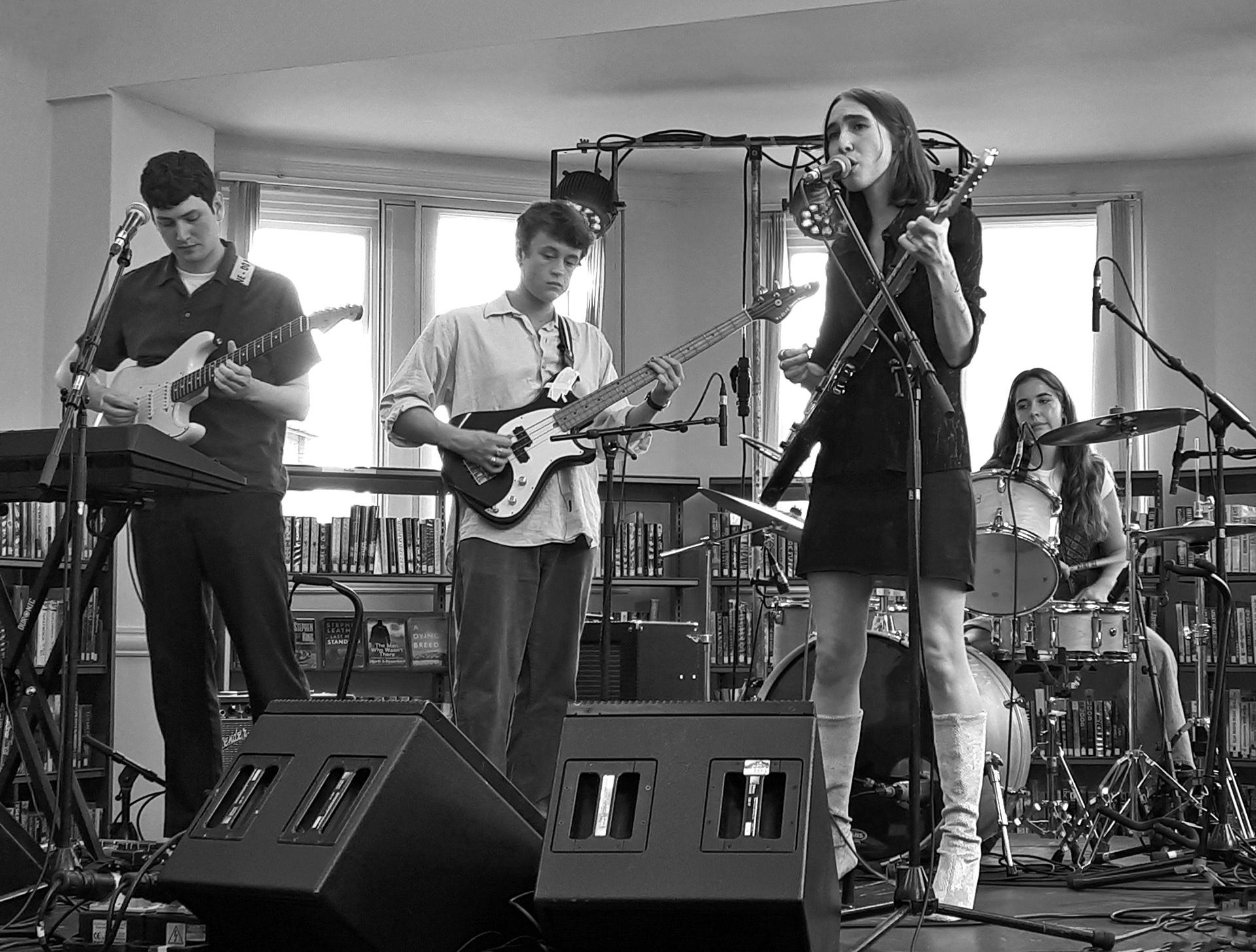 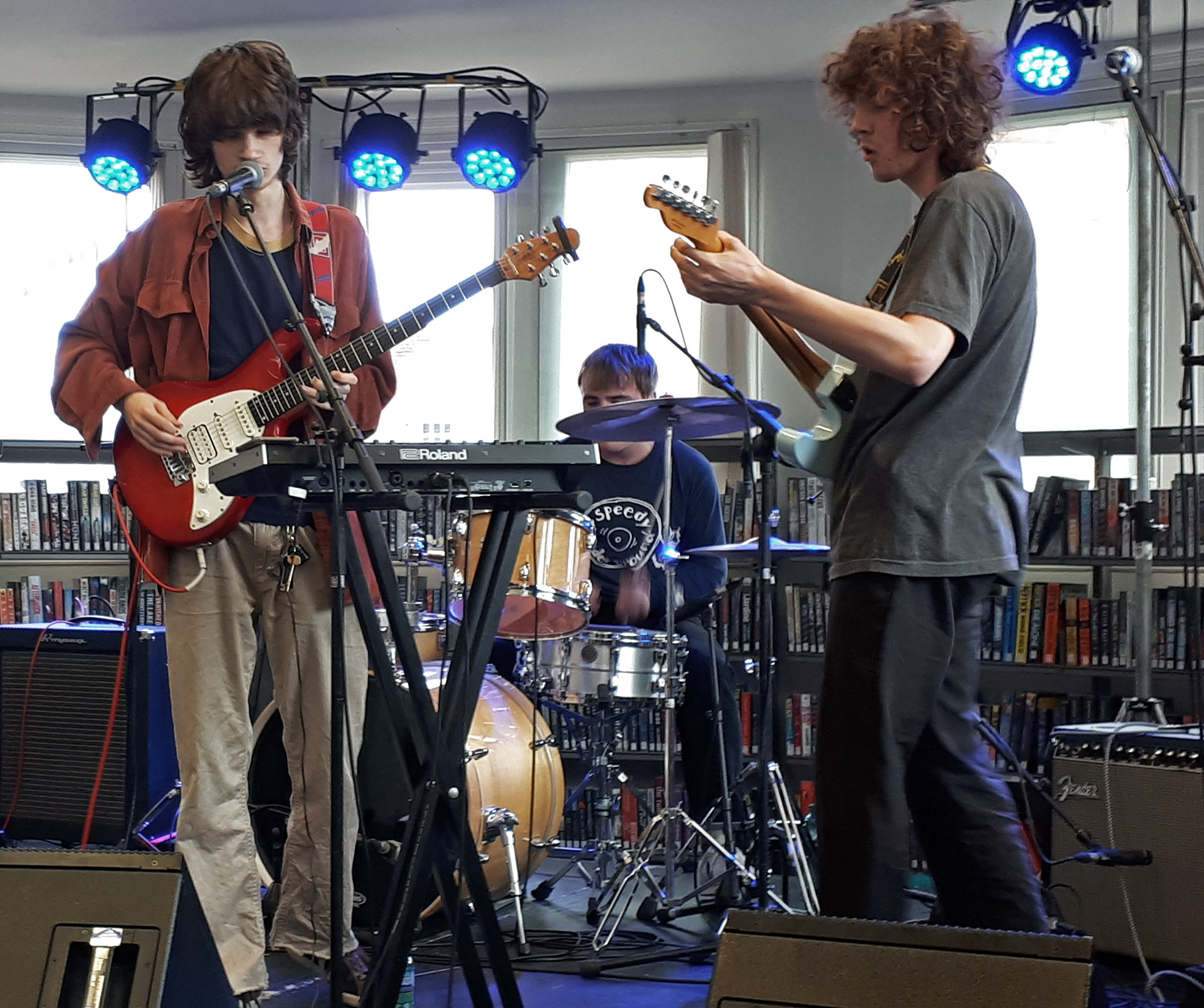